Psychiatric abuse is so wide-spread and is a government aided abuse. It is also a 'medically' justified abuse and many of the popular ribbons are in aid of funding medical research, so that's why an awareness ribbon for Victims of Psychiatrists is not readily advertised. 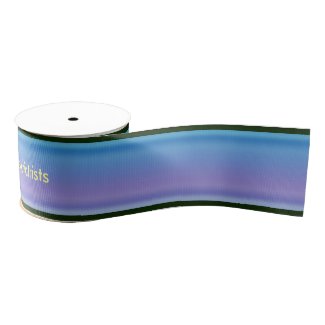 Why we use the term VOP/ VOP

VOPs, are or have been victims of psychiatrists. The reason for calling ourselves VOPs is because calling ourselves survivors allows the public to look upon us as though we have survived a disease that a psychiatrist ‘treated’, when that is not what has happened at all. There is nothing wrong with a person saying I have survived the abuses of psychiatrists, I am a survivor of that horrendous regime. And I use that term, psychsurvivor, interchangeably with VOP. The problem is with people who want to vouch for perpetrators and belittle the victims of perpetrators.

At times I want to clarify the situation for government legislators and their followers, who want to have the people being exploited by psychiatrists, called ‘consumers’ of the violence inflicted on them by psychiatrists.

Excuse me, but people don’t ‘consume’ torture, they do not ‘consume’ being hauled off by medicos and tortured against their will. The people that are subjected to torture via their governments are victims of government legislated tortured regimes, and more pointedly, for VOPs, they are being tortured by psychiatrists, for the profit of psychiatrists, under their blathering of psychiatrists’ justifications for their use of humans in experiments so cruel, disgusting and apparently ‘profitable’ for the economy of the country, according to the pharmecutical companies that sponsor the research.

Being a victim of government legislated exploitation, is horrendous. And what VOPs have been through or are going through, or are potentially threatened with happening to them or their loved-ones all over again, because the perpetrators have not stopped, is where people really need to start thinking about getting the Mental Health Acts repealed.

I want to say there is no shame in being the person who was harmed, even though victims in any exploitation racket are heavily victim-blamed. So stop victim-shaming! Start perpetrator-shaming!